I have studied many aspects of natural wellness and developed my formulas to support homeostasis so we can all live our best lives – sleep deprivation ranks high in importance.

I have found over and over with my clients that sleep deprivation is one of the main reasons for imbalance that can cascade into many other areas of our lives. Our physical and mental comfort can be deeply affected when we suffer from insomnia.

This is precisely my inspiration to develop our Deeper Sleep topical cream. I have heard from our customers over and over, that Deeper Sleep is effective and immediately supported their sleep cycle. I use it regularly. I really appreciate how botanical wisdom masterfully supports us in our journey to balance and wholeness. 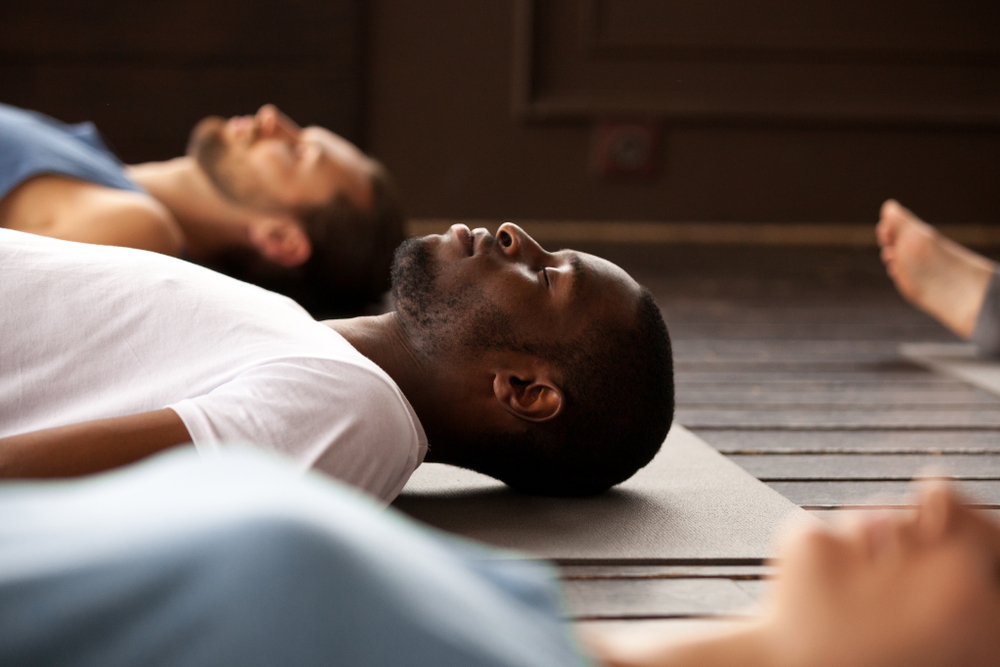 Here is a very interesting article that I found on the topic of sleep deprivation from a resource from the Division of Sleep Medicine at Harvard Medical School produced in partnership with WGBH educational foundation.

The Relationship Between Sleep and Health

Not getting enough sleep can have profound consequences on a daily and potentially long-term basis for your health and mental well-being.

We all have some sense of the relationship between sleep and our ability to function throughout the day. After all, everyone has experienced the fatigue, bad mood, or lack of focus that so often follow a night of poor sleep. What many people do not realize is that a lack of sleep—especially on a regular basis—is associated with long-term health consequences, including chronic medical conditions like diabetes, high blood pressure, and heart disease, and that these conditions may lead to a shortened life expectancy. Additional research studies show that habitually sleeping more than nine hours is also associated with poor health.

Researching the Link Between Sleep Duration and Chronic Disease

There are three main types of study that help us understand the links between sleep habits and the risk of developing certain diseases. The first type (called sleep deprivation studies) involves depriving healthy research volunteers of sleep and examining any short-term physiological changes that could trigger disease. Such studies have revealed a variety of potentially harmful effects of sleep deprivation usually associated with increased stress, such as increased blood pressure, impaired control of blood glucose, and increased inflammation.

The second type of research (called cross-sectional epidemiological studies) involves examining questionnaires that provide information about habitual sleep duration and the existence of a particular disease or group of diseases in large populations at one point in time. For example, both reduced and increased sleep duration, as reported on questionnaires, are linked with hypertension, diabetes, and obesity. However, cross-sectional studies cannot explain how too little or too much sleep leads to disease because people may have a disease that affects sleep, rather than a sleep habit that causes a disease to occur or worsen.

The third and most convincing type of evidence that long-term sleep habits are associated with the development of numerous diseases comes from tracking the sleep habits and disease patterns over long periods of time in individuals who are initially healthy (i.e., longitudinal epidemiological studies). We do not yet know whether adjusting one’s sleep can reduce the risk of eventually developing a disease or lessen the severity of an ongoing disease. However, the results from longitudinal epidemiological studies are now beginning to suggest that this is likely.

Below are some of the studies that look at the relationship between sleep habits and risk for developing certain medical conditions.

Insufficient sleep has been linked to a high probability for weight gain.

Several studies have linked insufficient sleep and weight gain. For example, studies have shown that people who habitually sleep less than six hours per night are much more likely to have a higher than average body mass index (BMI) and that people who sleep eight hours have the lowest BMI. Sleep is now being seen as a potential risk factor for obesity along with the two most commonly identified risk factors: lack of exercise and overeating. Research into the mechanisms involved in regulating metabolism and appetite are beginning to explain what the connection between sleep and obesity might be.

During sleep, our bodies secrete hormones that help to control appetite, energy metabolism, and glucose processing. Obtaining too little sleep upsets the balance of these and other hormones. For example, poor sleep leads to an increase in the production of cortisol, often referred to as the “stress hormone.” Poor sleep is also associated with increases in the secretion of insulin following a meal. Insulin is a hormone that regulates glucose processing and promotes fat storage; higher levels of insulin are associated with weight gain, a risk factor for diabetes.

Insufficient sleep is also associated with lower levels of leptin, a hormone that alerts the brain that it has enough food, as well as higher levels of ghrelin, a biochemical that stimulates appetite. As a result, poor sleep may result in food cravings even after we have eaten an adequate number of calories. We may also be more likely to eat foods such as sweets that satisfy the craving for a quick energy boost. In addition, insufficient sleep may leave us too tired to burn off these extra calories with exercise.

Researchers have found that insufficient sleep may lead to type 2 diabetes by influencing the way the body processes glucose, the high-energy carbohydrate that cells use for fuel. One short-term sleep restriction study found that a group of healthy subjects who had their sleep cut back from 8 to 4 hours per night processed glucose more slowly than they did when they were permitted to sleep 12 hours. Numerous epidemiological studies also have revealed that adults who usually slept less than five hours per night have a greatly increased risk of having or developing diabetes.

In addition, researchers have correlated obstructive sleep apnea—a disorder in which breathing difficulties during sleep lead to frequent arousals—with the development of impaired glucose control similar to that which occurs in diabetes.

Even minor periods of inadequate sleep can cause an elevation in blood pressure.

Studies have found that a single night of inadequate sleep in people who have existing hypertension can cause elevated blood pressure throughout the following day. This effect may begin to explain the correlation between poor sleep and cardiovascular disease and stroke. For example, one study found that sleeping too little (less than six hours) or too much (more than nine hours) increased the risk of coronary heart disease in women.

There is also growing evidence of a connection between obstructive sleep apnea and heart disease. People who have apnea typically experience multiple awakenings each night as a result of the closing of their airway when they fall asleep. In addition to these sleep disturbances, apnea sufferers also experience brief surges in blood pressure each time they wake up. Over time, this can lead to the chronic elevation of blood pressure known as hypertension, which is a major risk factor for cardiovascular disease. Fortunately, when sleep apnea is treated, blood pressure may go down.

Given that a single sleepless night can cause people to be irritable and moody the following day, it is conceivable that chronic insufficient sleep may lead to long-term mood disorders. Chronic sleep issues have been correlated with depression, anxiety, and mental distress. In one study, subjects who slept four and a half hours per night reported feeling more stressed, sad, angry, and mentally exhausted. In another study, subjects who slept four hours per night showed declining levels of optimism and sociability as a function of days of inadequate sleep. All of these self-reported symptoms improved dramatically when subjects returned to a normal sleep schedule.

It is natural for people to go to bed when they are sick. Substances produced by the immune system to help fight infection also cause fatigue. One theory proposes that the immune system evolved “sleepiness inducing factors” because inactivity and sleep provided an advantage: those who slept more when faced with an infection were better able to fight that infection than those who slept less. In fact, research in animals suggests that those animals who obtain more deep sleep following experimental challenge by microbial infection have a better chance of survival.

Studies have shown that alcohol use is more prevalent among people who sleep poorly. The reason for this is twofold. First, alcohol acts as a mild sedative and is commonly used as a sleep aid among people who have sleep problems such as insomnia. Second, the sedative quality of alcohol is only temporary. As alcohol is processed by the body over a few hours it begins to stimulate the parts of the brain that cause arousal, in many cases causing awakenings and sleep problems later in the night.

Considering the many potential adverse health effects of insufficient sleep, it is not surprising that poor sleep is associated with lower life expectancy. Data from three large cross-sectional epidemiological studies reveal that sleeping five hours or less per night increased mortality risk from all causes by roughly 15 percent.

Of course, just as sleep problems can affect disease risk, several diseases and disorders can also affect the amount of sleep we get. While an estimated 50 to 70 million Americans suffer from some type of sleep disorder, most people do not mention their sleeping problems to their doctors, and most doctors do not necessarily ask about them. This widespread lack of awareness of the impact of sleep problems can have serious and costly public health consequences.